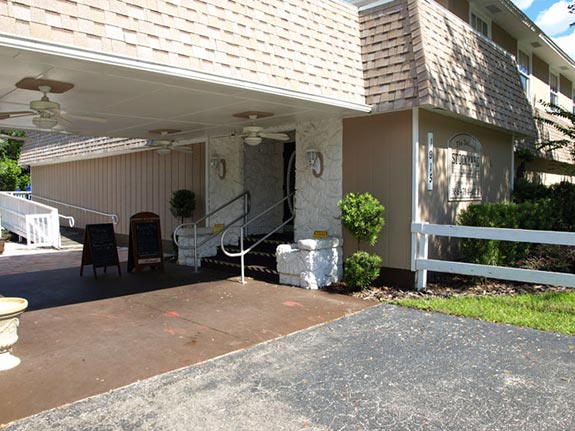 As our guest, I would like to welcome you to The DeLand Stockyard. As you enjoy our excellent cuisine and interior enhanced with the rich history of Volusia and North Central Florida. I would like to share some of the history of our building which dates back to the 1920's, 1921, to be exact, when Casper Howarth built the original building. Initially the building served as a lodge where guests were housed upstairs and downstairs. A formal dining room was added later. Old New York Avenue was then a bustling main thoroughfare used by merchants to transport goods to the docks on the nearby St. Johns River. Many tourists and visitors who arrived by train stayed at the lodge because it was located near the depot. The lodge soon became a well-known landmark. Many a "horseless carriage" chugged by at speeds as high as 30 miles an hour! Visitors to the lodge could park their tin lizzies out front or tie up their horses out back. 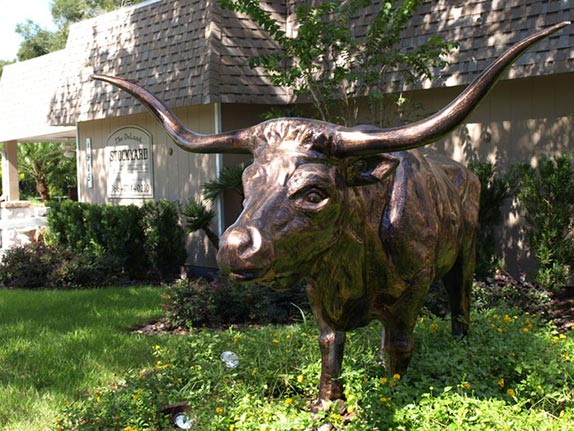 The lodge then became a restaurant called Brooksies and for thirteen years operated by that name. In 1933, the owner obtained the first liquor license issued in Volusia County after prohibition. Townspeople reported that before prohibition was lifted a one quart fruit jar filled with moonshine cost seventy cents. In the 40's Brooksie's became known as "The Palm Inn." Many customers romanced in the fireplace room during the Second World War and still ask to be seated there today. In 1973 the front room was added and the entire building was remodeled. Major changes took place when Lucas King purchased The Palm Inn and changed the name to "Papa Kings." Under his ownership the exterior took on a new look.

This great inn was followed by Pondo's, a longstanding legendary restaurant that was the pride of Volusia. Carrying on the tradition of the past, The DeLand Stockyard delivers a great dining experience for all in a truly historical setting.